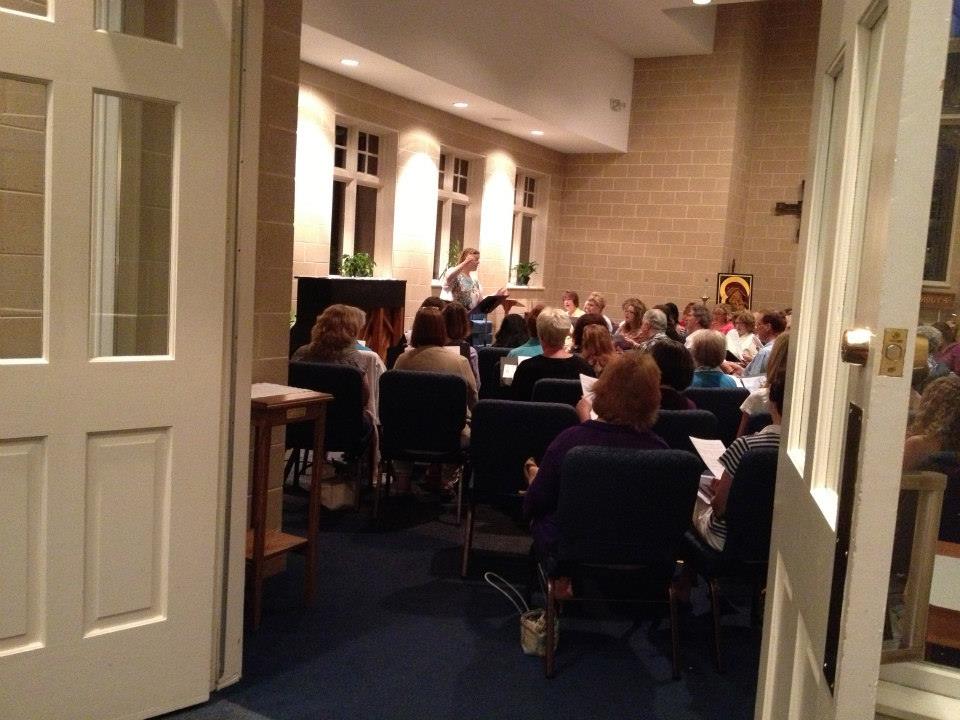 And this week, with the arrival of October, we reached what Jennifer Rodgers Beach calls the “end of the beginning.” Meaning, we’re in concert month, we’ve gone through open rehearsals, we’ve sung the music a few times, we are now in note-pounding territory. Which means it’s time to report on the one-liners and random moments of rehearsal that are amusing even as they make no sense out of context. Here’s a sample from the October 1, 2013 rehearsal:

* “Look out for the barbershop ending!”

* It’s “chromatic and cheesy” so “hover and spin.”

* “Sopranos don’t get pretty on me every time you have that bump. Don’t sound so angelic!”

* “She loves me and she hugs me but she gets it. Now let’s grab a little purity.” Some blushing from Jen. Much guffawing from Bass/Tenor section. Even louder cackling from Altos and Sopranos.

* Gotta be casual, “Like, eh, I could be president.” “Would you wanna, right now?” Your greater metro-DC area reality check from Alto section on Day One of the Government Shutdown of 2013. Ba-dum-BISH!

* That end note that “has to be really quirky!”

* “Sopranos, we’re sounding a little like cherubs on high. That’s not a good thing!” But said with a smile, because the Sopranos can be quite uncherubic when needed, and she’s counting on it, thanks.

*”No I don’t have explosive diarrhea.” Thanks for that clarification, Soprano 2 who keeps walking out of rehearsal. (Her place is on the market. Ah.)

* “There’s a feeling of great fog rolling in from the Alto 2s!” Followed by a heavy 5-minute discussion on who precisely is singing what, and even Jen needs a minute to sort it all out. Needless to say, all other sections begin chatting, so this is followed by….

* And then finally, to clarify, Greg helpfully plays the “doo doo doo ooo ooo ooo” part. And yes, those are the words. Really, just come to the concert for more clarity on that one.

You’re coming to the concert right? Tickets are on sale now.