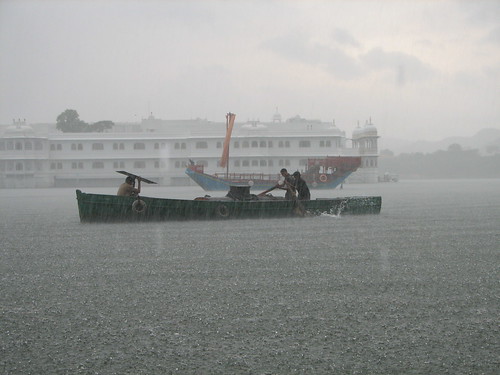 There’s a famous story out of South Asia, about music, mood, and weather. Because many Hindustani and Karnatik ragas are highly evocative of the everyday – some sung very specifically during certain times of day, year, or season. In fact, there’s an entire corpus of compositions dedicated solely to the weather, the monsoons especially. Which makes perfect sense if you’ve ever seen a really Indian or Pakistani monsoon.

Anyway, back to the music. The north Indo-Pakistani Hindustani classical kind, in particular.

Legend has it that Tansen, a music genius, one of Mughal emperor Akbar’s navratna, or nine court jewels, was so incredibly accomplished that he could light the candles with his voice.

Even among the court’s favorites, Miyan Tansen enjoyed the emperor’s special favor – his voice often the first thing Akbar heard upon waking, and the last thing before bed (for it is good to be the emperor!). His singing and music was said to soothe animals, so much that he’s said to have calmed a dangerous elephant that endangered Akbar’s life.

Medieval Mughal courts being one of those places that redefined the word “intrigue,” Tansen’s success led to a trap laid by jealous courtiers. If he could make such magic with his voice, why light the candles at dusk? Why not just have Tansen sing the candles alight with a rendition of raga Deepak, the very name meaning light? Also heat and fire.

And so the emperor, the full court, the capital, and the jealous courtiers waited. And Tansen began. The late afternoon seemed to inch into dusk, people began dabbing their foreheads, the air got thicker, the breeze warmer. Tansen’s music was living up to its promise, and suddenly the lights began to come on of their own accord – first in the streets, to the astonishment of the public, and then in the palace, to the awed alarm of a court that had watched the singer visibly fever, and finally collapse, as his voice had evoked light, heat, and more.

But Tansen, fully aware of his own talent, and equally respectful of the music’s power, had come up with a contingency plan. He had instructed his family, musical talents in their own right, to sing the antidote. As soon as the lights came on, they were to sing for the rains – with all their heart, and for everyone’s health. It worked. It rained. Enough to take the sting out of the heat, enough to keep a delirious Tansen from succumbing to his fever. 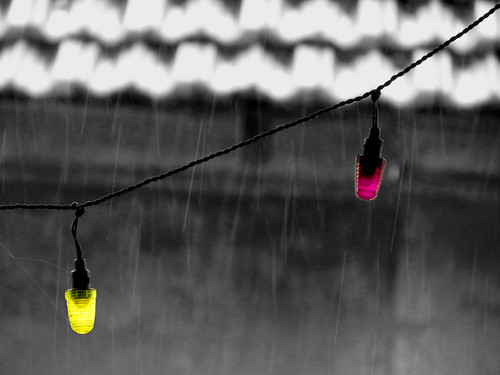 I couldn’t help thinking of this legend as I drove into rehearsal tonight. All those VCS singers, either thinking of the music or rehearsing enroute to rehearsal – to sing for rain, through tsunamis, after storms….all of us intensely note-pounding in the parking lot just before, when it suddenly seemed to come down torrentially, the wind nearly blowing off our umbrellas.

Coincidence? We’re not that vain. And we certainly couldn’t make an eclipse happen (we’re singing about one of those too).

But just in case, we do also have happy music. And perhaps we’ll note-pound those intensely next week.

Vienna Choral Society will present Music of the Storms, a concert for a cause in support of disaster relief and science education, 7:30 pm, Saturday, March 16, 2012 at UUCF (Oakton) with partners American Red Cross (National Capital Region), Ideavention, and CoCoRaHS.

Tickets are now available online or through members of the choir. We’ll also have tickets at the door.