Thank you so much for coming out to hear us sing last weekend! We had such a wonderful time sharing the stage with our talented guests from James Madison High School, and that was beautiful music – was it not?

We’d love to sing for you again in December, so please save the date for our annual SOUNDS OF THE SEASON concert. If you’d like to buy tickets, they’re already available online.

Until then, relive a bit of last weekend’s magic. For there is nothing more welcoming and joyous than an unbroken circle of community and music.

Have a wonderful week!
It is always a pleasure to have additional musicians at concerts. Every now and then we get to talk to them amid the hubbub of rehearsal and note-polishing. This concert we talked with Caley Koch, cello soloist, who was kind enough to take the time to answer a couple of questions as we prepped for SOUNDS OF THE SEASON 2018: SNOW ANGEL:

VCS: Why cello?
CK: Cello was never my original plan. I actually wanted to play violin. One day in third grade, as musicians for parents, they sat me down and told me that I couldn’t play violin and that I had to choose between cello and viola. I will always be grateful for that, because I couldn’t imagine myself playing anything more beautiful.

VCS: What’s it like playing again with Mr. H and a Robinson crew?
CK: At Robinson, there was such a strong sense of community and never ending support that made me fall in love with music even more. My teachers and my peers, among them my talented brother, inspire me with their musical passion and continue to remind me of the reason I chose to pursue music.  Working with Mr. Horanski is always a pleasure, because he has special ability to bring friends and family together and make any day a little more special through music. I am delighted to play with Mr. Horanksi and the Robinson family again, because they hold such value and sentiment in my musical life.
VCS: You heard VCS at a regular rehearsal and you thought _____ (fill in the blank)?
CK: I thought that VCS sounded wonderful! What a fantastic way to celebrate the season. I had so much fun playing with such a talented choir and I am beyond excited to perform with them on Saturday!
Caley will accompany us during several pieces, including solo during Snow Angel – a large work.
About Caley: She is an aspiring cellist currently attending DePaul University for her undergraduate performance degree. Under the tutelage of Chicago Symphony cellist, Stephen Balderston, she continues her studies as a sophomore in Chicago. She has studied privately since age 7, and was mentored by National Symphony cellist, Mark Evans. Enrolling in the rigorous chamber program at DePaul, her ensemble was coached privately by Maestro Cliff Colnot, and pianist, George Vatchnadze. Caley has also performed with Anna María Martínez with the Depaul Concert Orchestra through DePaul`s “Unveiled” Series this past year. Originally from the Washington D.C. area, she has performed at prominent venues such as the Kennedy Center, Corcoran Gallery of Art, the National Gallery of Art, the Strathmore Music Center, and the Italian Embassy. As well as committing herself to her Secondary School`s advanced orchestra, the Robinson Secondary School Philharmonic, she was a member of the American Youth Philharmonic Orchestra and the American Youth Philharmonic Chamber Ensemble Program. Caley has performed with the Capital Symphony Youth Orchestra, the George Washington University Chamber Institute, the Ithaca Summer Music Academy and Quadrica Celtica. This past year, Caley played with the Al Kamandjati Orchestra in Palestinian Territories, The City Lights Orchestra of Chicago, and Orchestra Nova. As well as devoting herself to her music, Caley is double majoring in Creative Writing and minoring in Spanish.
Tickets for SOUNDS OF THE SEASON 2018: WONDER will be available online until 11:55 pm, Friday, December 14, 2018. Tickets on concert night will be available at the door starting 6:45 pm.

This concert is about carving out a soft place to land. Whether it’s the part-time second job, a friend’s couch, or a moment of music on our iPhones, it’s what we need to keep going. Often, that’s what keeps us from falling harder and getting back up.

In the DC Metro area, and especially in Fairfax County, where VCS started, we are blessed with resources that allow us many places of “rest.” And because of that, most of us get back up.

Can you imagine having to face the daily fight without the things that allow us to cope?

Two years ago, through his work with Sydney Guillaume — whose Musique we sang in October 2016 — Mike got to know about BLUME Haiti. The US-based nonprofit uses music as a tool to create an opportunity to transform the life trajectory of children in Haiti, awakening potential and developing leadership skills. But in a place that has the temerity to continue existing despite immense odds, the kids lacked basics. As Mike puts it, “The music stands meant taping sheet music to the back of the kid in front of you.” 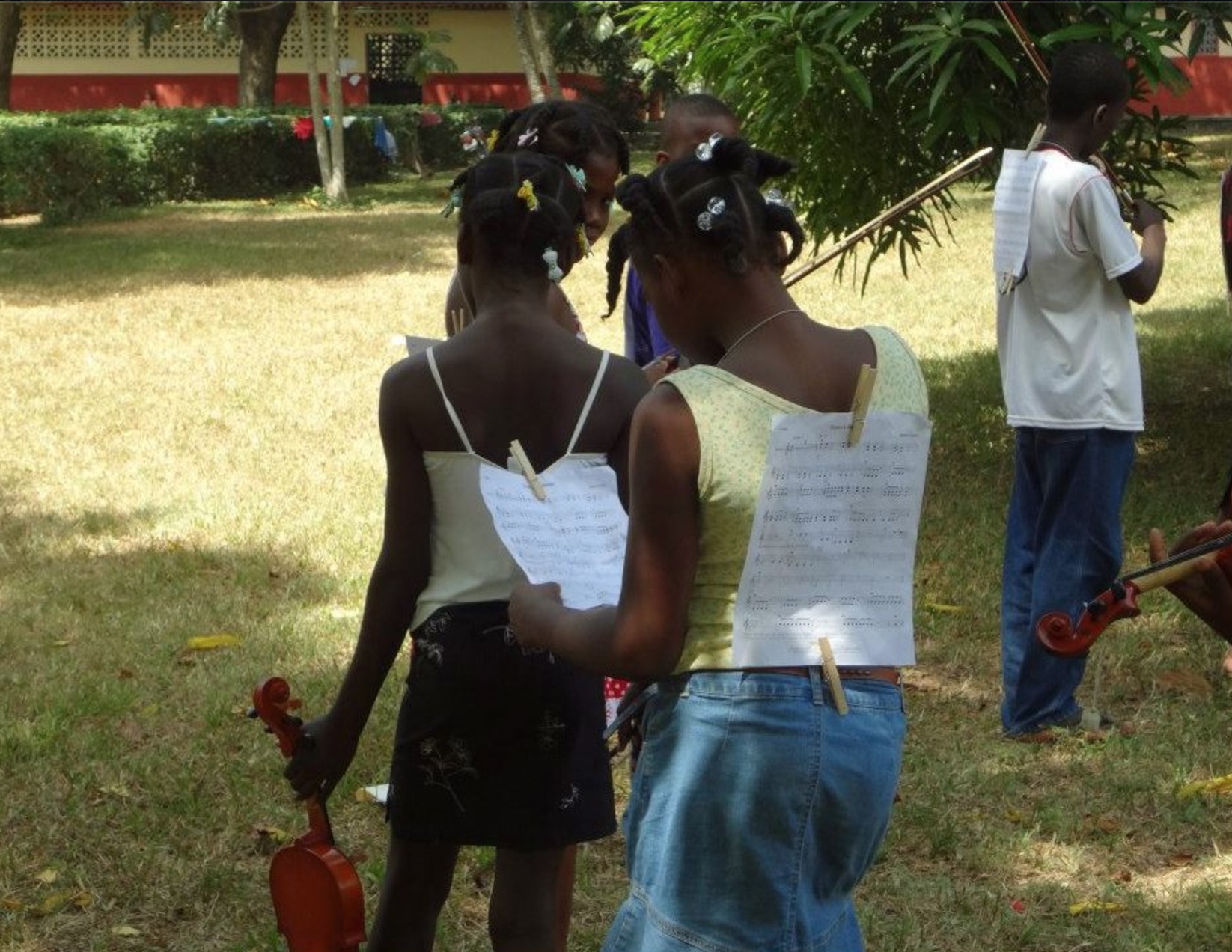 Haiti has a rich cultural history and heritage that gets completely overshadowed. And just as the country was getting back up on its feet after the 2010 earthquake, Hurricane Matthew plowed through. We can think of no better partnership in this season’s concert for a cause than to partner with BLUME Haiti. 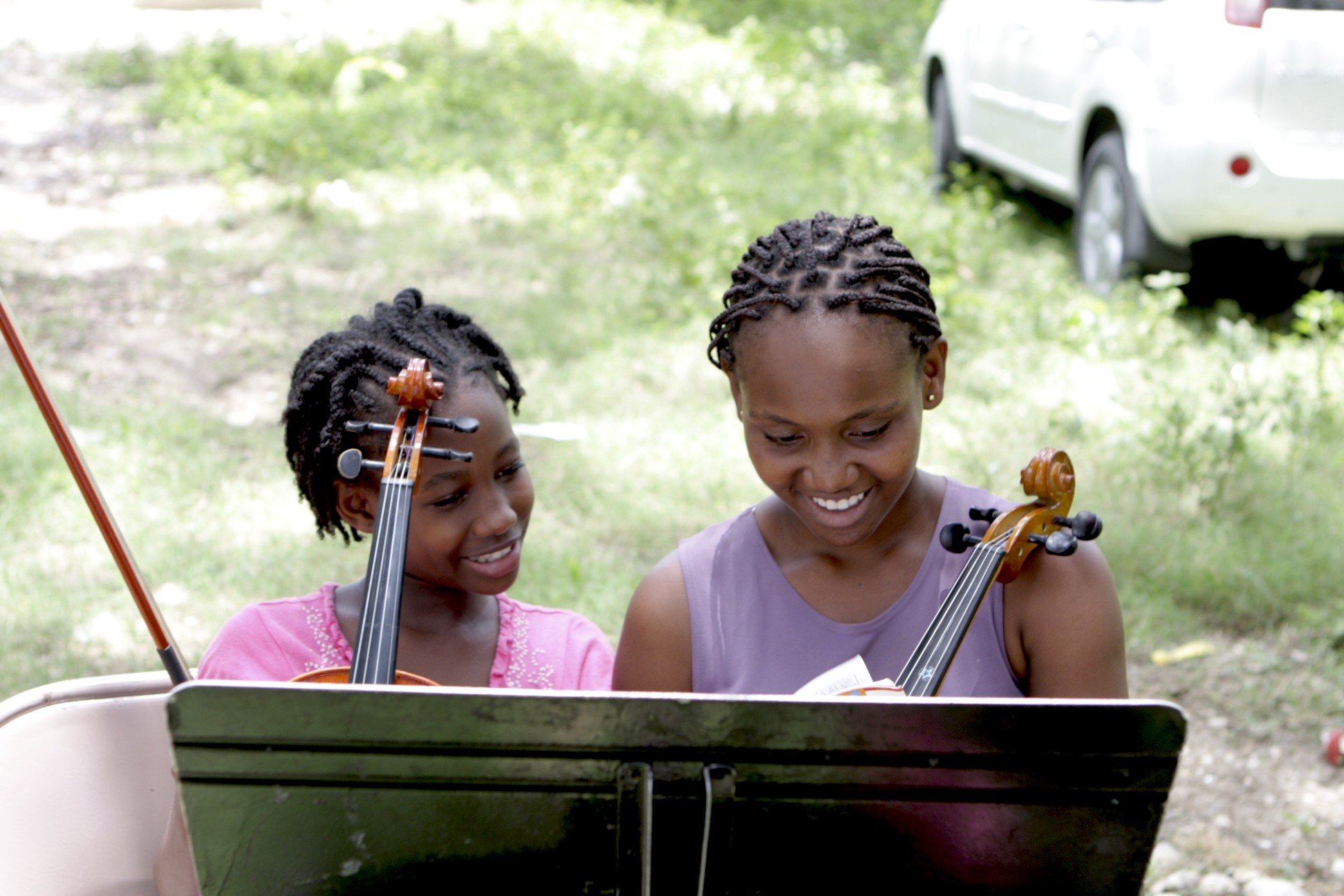 Tickets are now available online and through the choir.

If you’re a long-time audience member you know three things about us:

Which is why we are so excited to tell you that joining us for Lullabies (4:30 pm, Saturday, March 15, 2014) will be the Mosby Woods Mustang Chorus from Mosby Woods Elementary School in Fairfax, VA. END_OF_DOCUMENT_TOKEN_TO_BE_REPLACED